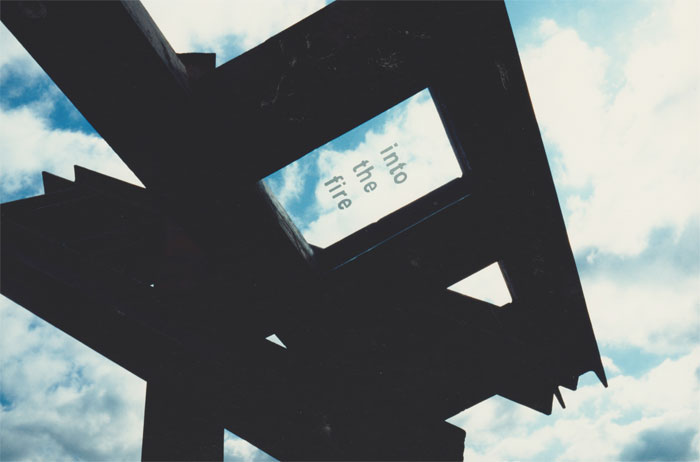 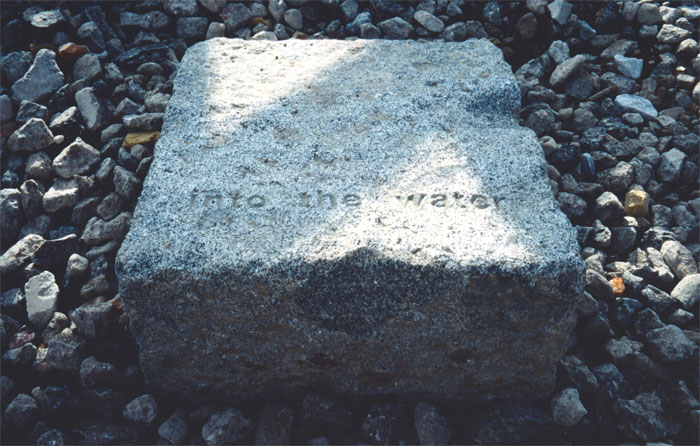 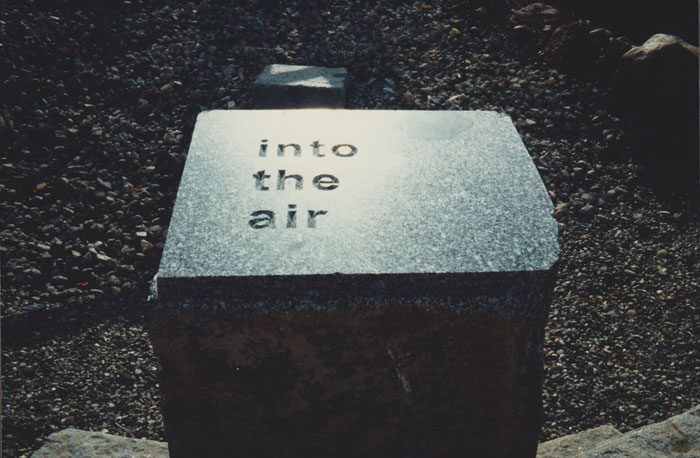 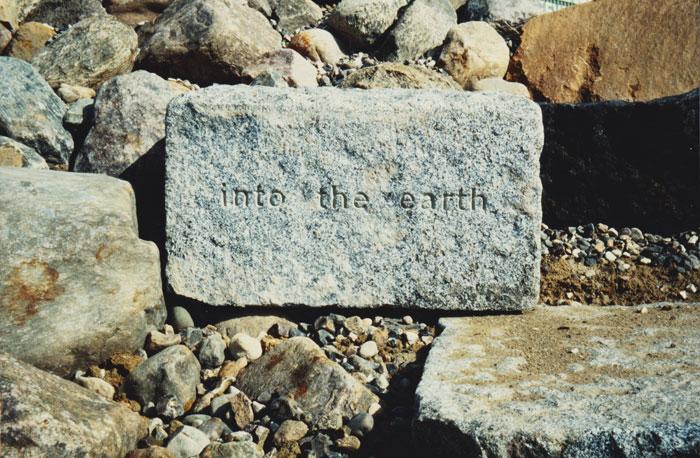 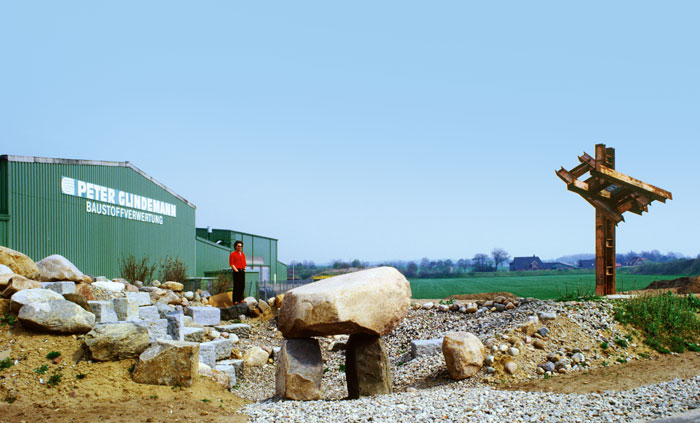 In 1996, F. Jörg Haberland, Jo Kley and Ben Siebenrock won the competition for an art project in collaboration with the recycling company Glindemann.
According to the tender, the project uses recycled materials.
From Ben Siebenrock comes the overall concept of the "amphitheater".
In addition to entire earth shifts, the following materials are used: Lusatian granite blocks from the old Holtenau high bridge (Haberland), steel girders from the former Holsten brewery in Kiel (Kley), erratic boulders (Siebenrock) and, for the entire ensemble, demolition granulate from various buildings.

Haberland's "Four Elements" - into the fire, into the water, into the air and into the earth- make direct refence to the influences of our environment on us and especially vice versa.