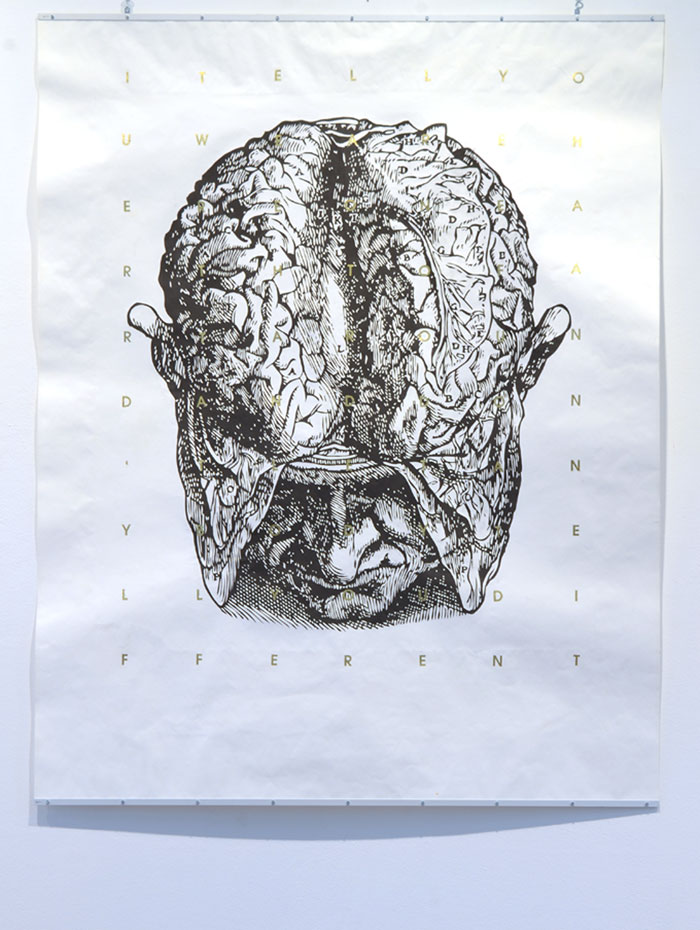 In the head pictures "I tell you..." you see enlarged versions from the first anatomy atlas by Andreas Vesalius from 1547, in the first place.
These are views of exposed skulls to gradually make the inside visible. The quest for knowledge is further emphasized by the enlargement of the representation. The images are hand-cut using an elaborate stencil technique, just like the underlying woodcuts from the atlas were. Subsequently, the exposed cuts were treated with one of the blackest natural pigments, the so-called bone black. Then, on a second layer, appears a grid-like quotation from the writer Kurt Vonnegut, executed in gold or silver leaf:

"I tell you we are here on earth to fart around and don't let anybody tell you different".

Two epochs, two approaches to the nature of homo sapiens sapiens: Vesalius' medical-physical one of the 16th century and Vonnegut's literary-philosophical one of the present. The works form an exciting sythesis of the two. 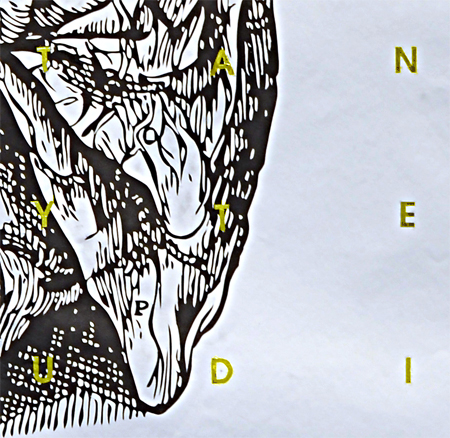